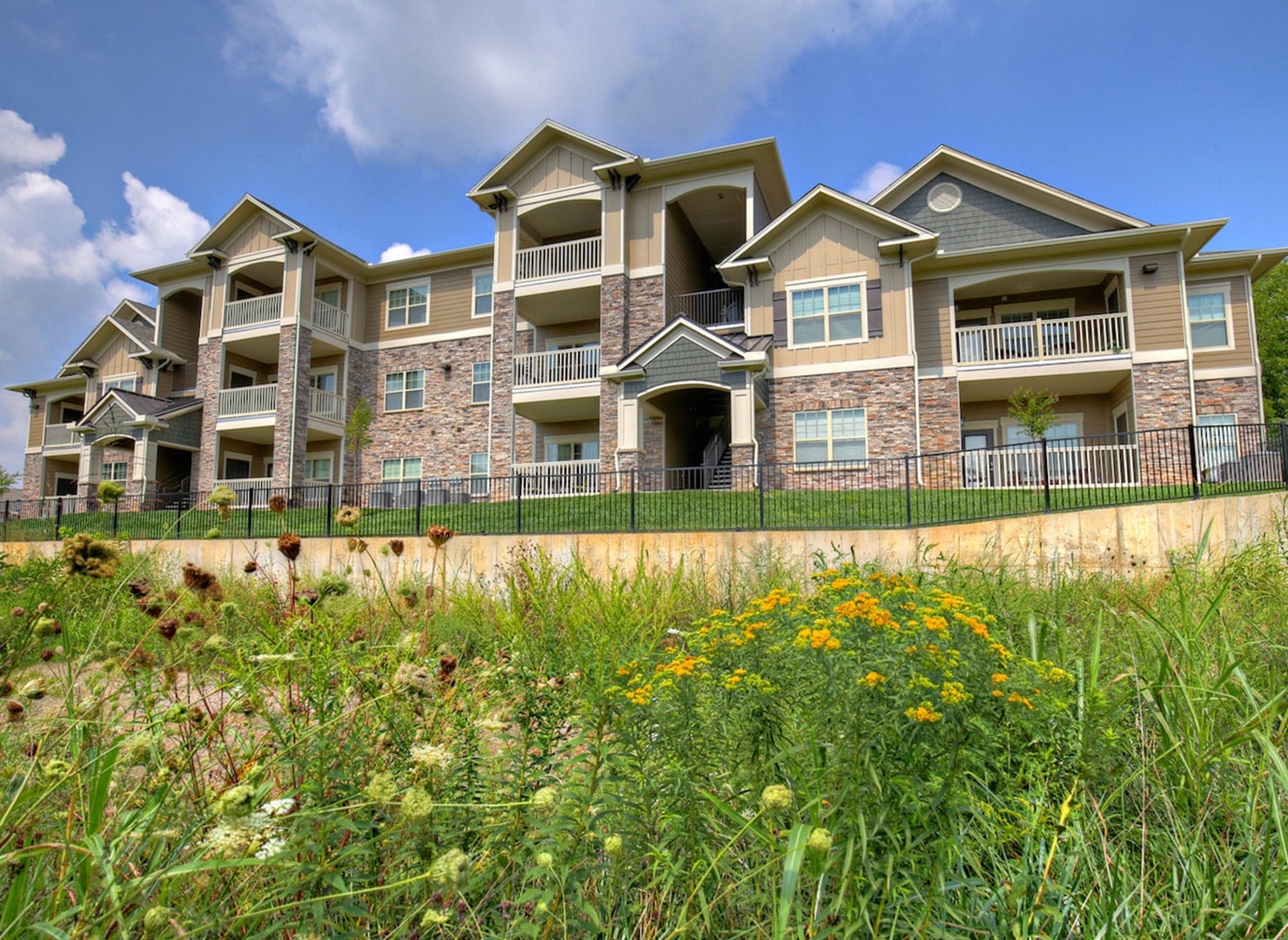 By Terry Boyd. This article originally appeared on insiderlouisville.com

Though it’s getting little play in the conventional media, this is an unparalleled moment in Louisville’s multifamily residential real estate market.

What makes the moment sweeter is, we’re talking Class A apartments.

By our count, since 2012, at least half a billion dollars in capital has poured into Louisville’s Class A apartment sector.

Ambitious complexes are under construction, or planned, in every section of the city including downtown, NuLu and Germantown.

The project at 14601 Bush Farm Road is a 50/50 joint venture between Cogan’s Jefferson Development Group and TDK Construction Co., based in Murphreesboro, Tenn.

Construction started last year and is scheduled to be completed in May.

In an interview yesterday, Cogan told IL the amenities, finishes and designs at Claiborne Crossing are equal to Class A apartments anywhere in the United States.

“When you see the high ceilings and the finishes, you’d swear it’s a condo,” he said.

We’re scheduled to tour the complex and will have more in a post this week.

Till then, here’s some context for why this is a big deal: When we talk with our relocation sources, their No. 1 issue is the lack of updated complexes.

When they bring top executives from big companies to town, the first concern of those coming from larger cities is, “What is the apartment situation here?” For years, Louisville has not compared favorably to Nashville and Cincy, much less Dallas and Boston.

Many of the larger complexes dated back to the 1980s, and it showed in amenities and design. After the 2008 home sales crash, even Class B complexes started pushing 100-percent occupancy rates, pushing up rental rates across the spectrum.

Now, developers that had avoided Louisville and other second-and-third tier cities are moving aggressively into these markets, especially in the Midwest.

The question is whether the number of units coming on line through 2016 will exceed Louisville’s absorption rate. Of course, the other side of that issue is, the city can’t attract young executives, business owners and entrepreneurs without a booming housing market.

Here’s just a partial list of complexes that are newly opened, under construction or planned:

• Columbus, Ohio-based Lifestyle Communities is building the Idlewild complex at 600 English Station Road. Open. There will be as many as 650 units at this $40 million project.

Cityscape Residential, based in Indianapolis, has announced two projects:

• Apex on Preston, 312 units near Commerce Crossings business park in southern Jefferson County, a $30 million project due to start in June, then come on line in 2015.

• Axis apartments on Lexington Road near NuLu would have 343 units, with the project values at between $35 million and $40 million.

• 310 at NuLu, with 173 market-rate apartments are under construction at Hancock and Jefferson streets by Bill Weyland’s City Properties.

• A proposed conversion of the Ready Electric property in Clifton at Frankfort and Bellaire avenues. Indianapolis-based Milhaus Ventures executives and Louisville zoning attorney Glenn Price, with Frost Brown Todd, tested the waters for a proposed 102-unit complex during a neighborhood meeting on Feb. 12.

• Poe Companies’ RiverPark Place, with 329 units through 2015 on River Road, just east of downtown next to the Waterfront Park system.

• Distillery Commons at Lexington Road and Payne Street, with 100 units planned. This is a partnership that includes Ashley Blacketer and Chad Middendorf.

• The Woods at Lexington Road, less than a mile east of the Axis property, where Poe Companies is building 72 units.