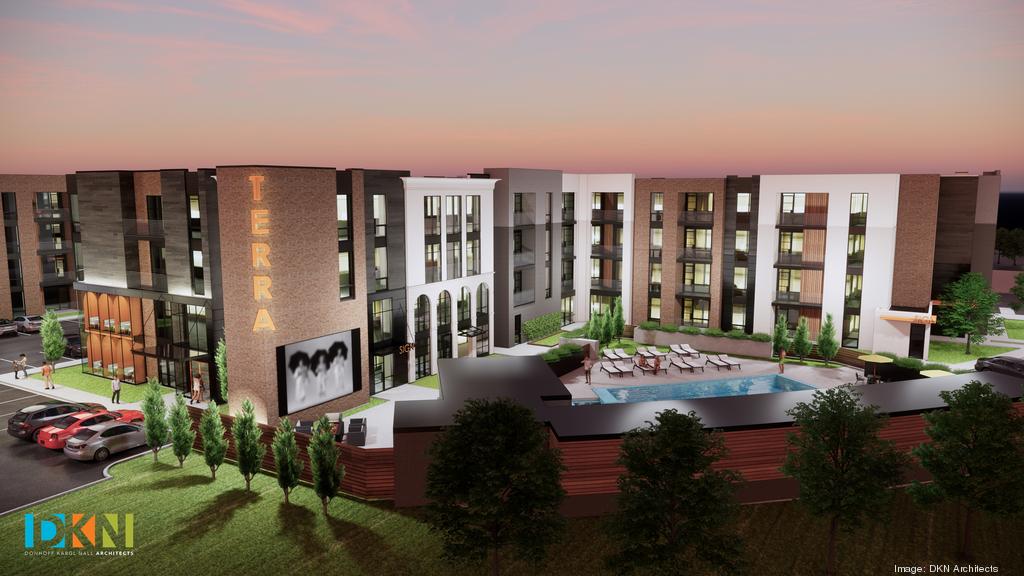 Louisville developer Kevin Cogan will be expanding his commercial footprint soon off Old Henry Road in the city’s East End.

Cogan’s Jefferson Development Group has turned its attention to phase two of an upscale apartment complex in a 100-acre development at 13508 Factory Lane.

JDG filed a development plan with Louisville Metro Planning and Design Services this week for 307 additional apartments on nearly 10 acres that is part of the Vinings of Claibourne apartment complex. The second phase will exceed 460,000 square feet across four buildings, according to the plans.

Phase two of this project comes after the original plan for 274 units was unveiled by Cogan in May 2017. Cogan has dubbed phase one The Ivy Apartment Homes, and he said construction is nearing completion as residents have started moving in.

“We think it’s one of the most unique additions to Louisville’s multifamily market,” Cogan said of The Ivy.

Cogan said he took great care to focus on open space and luxury amenities in phase one. Some of the standout amenities include an F1 racing simulator, gourmet cooking center, a covered pet pavilion with seating and a pet space, package and cold food storage, a golf simulator and a coffee bar, wine station, and beer taps.

Cogan said the second phase will have a separate design and different features under a new name. Louisville-based Donhoff, Kargl and Nall Architects is leading the design.

He said the second phase will also be heavy on the amenities package, featuring ride-sharing pickup and dropoff stations, an outdoor amphitheater, a full wine bar, a luxury exercise facility, electric car charging stations and an outdoor bar and pavilion area.

He hopes to start construction by late summer or early fall of 2020 and have it finished in 18 months or less. Cogan anticipates construction costs for the two phases to fall between $110 million and $120 million.

The St. Joseph Catholic Orphan Society sold the property at 13508 Factory Lane — a gift from more than 20 years ago — to Jefferson Development Group for $11.87 million in summer 2017.

JDG  had the property under contract for more than a year as it worked through the planning stages of a large mixed-use commercial and residential village concept that has been estimated to cost $200 million or more. Hundreds of apartments are being located alongside other commercial uses, including offices and retail, inside the development.

For example, Louisville-based Galen College of Nursing is relocating its national headquarters to a new campus on 11 acres in this development. This property is also close to the new Mercedes Benz of Louisville facility.

“All of that activity has just shown people this area is the new and cool hot spot for commercial development,” Cogan said.

Cogan is also known locally for One Park, a huge mixed-use development he’s seeking to build at Lexington Road and Grinstead Drive.

One Park includes an 18-story tower with 421 apartments; a luxury-branded hotel with up to 250 rooms; and tens of thousands of square feet of restaurant and retail space, including a possible grocery store. The plan also calls for about 1,200 parking spaces in an interior parking garage.

Louisville Metro Council voted to approve One Park, 24-0, in December after years of public meetings, controversy and a major revision that cut the project from three towers to one. The original One Park plan stood at 34 stories at its tallest and was estimated to cost between $450 million and $500 million. Cogan has said that One Park is now in the $250 million range.

JDG also intends to construct an eight-story apartment complex with 343 units and 11,000 square feet of commercial space on roughly two acres at 418 E. Main St. near Louisville Slugger Field. The project is known as 422 e-Main and would offer 656,000 square feet of total space, the plans show