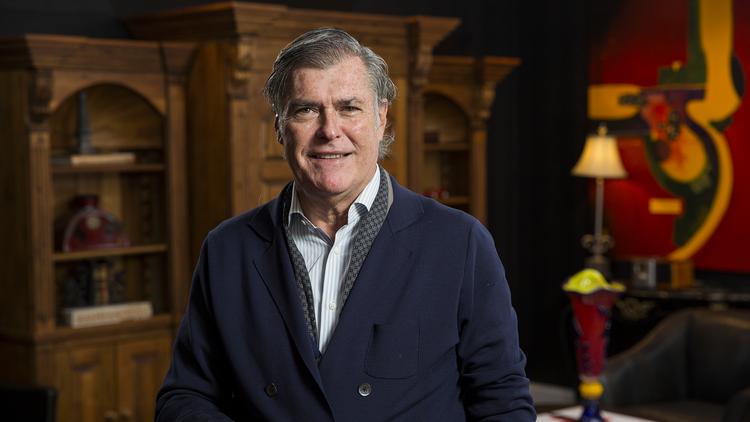 This article originally appeared in Louisville Business First on May 12, 2020. Written by Marty Finley.

Louisville developer Kevin Cogan has felt a significant impact from the Covid-19 outbreak, but he tries to put his business challenges in context.

“We feel like it’s important to recognize that it pales in comparison to issues individuals are dealing with family, employment, payroll, health issues and the extreme issues of people whose family members have lost their lives,” he said.

Cogan, leader of Jefferson Development Group and mind behind the One Park and Willow Grande projects, spoke to Louisville Business First this week about the economic fallout from the coronavirus, when the economy could recover and how the virus is impacting his own operations.

Cogan said the protracted shutdown of business in Kentucky and other states has created its share of agitation and what he called “ripples of resistance” as individuals and business owners find themselves stuck and unable to pay their bills or keep their businesses open.

States have started outlining reopening plans but they vary across the board, which he said has some questioning where the authority is coming from. But this pandemic is new to everyone, and state and federal officials are forced to think on their feet in a very public way to combat the crisis, he said.

“[They are] literally experiencing this for the first time,” he said. “The governors are no different than the president’s office.”

Cogan said construction has continued during the pandemic, but it has slowed for him.

“Instead of three trades working in one area, we may stagger those trades one at a time, he said, calling it “understandable delays.”

“We are trying to create this situation where we continue work but we create a safe working environment.”

That means the company has moved ahead on some of its biggest projects even as Cogan projects a 90-day pause on new financing for commercial projects.

His most high-profile project, One Park, received city approval late last year. The development includes an 18-story tower with 421 apartments; a luxury-branded hotel with up to 250 rooms; and tens of thousands of square feet of restaurant and retail space, including a possible grocery store, at Lexington Road and Grinstead Drive.

One Park, which has been estimated to cost $250 million or more, is still several steps away from the financing phase, Cogan said, as JDG  just completed boring on the site.The company drilled holes 40 to 50 feet deep to figure out what rock and soils are on the site and will later move to structural design. A timeline has not yet been shared on One Park’s opening.

That’s not the only project he has under way.

Cogan also said he is moving ahead on the second phase of The Ivy Apartments. JDG filed a development plan with Louisville Metro Planning and Design Services in early March for 307 additional apartments on nearly 10 acres. The second phase will exceed 460,000 square feet across four buildings, according to the plans. Phase two of this project comes after the original plan for 274 units was unveiled by Cogan in May 2017.

Cogan said this week that he is moving ahead on phase two with construction and structural drawings and geotechnical work. He has anticipated construction costs for the two apartment phases to fall between $110 million and $120 million.

He likened these advances to a farmer planting corn in a tough environment.

“I’m going to plant more corn. Next year we’ll need more corn,” he said. “You have to be optimistic. You still have to have your meetings, your planning, your scheduling and some good old fashioned ‘say your prayers.’”

Cogan is the landlord for both commercial and residential tenants, and they were blindsided by the pandemic like everyone else.

He said he has been inspired by how restaurants have adapted with drive-thru, take out and delivery options and said his firm has been proactive by working with tenants on their leases. They are finding ways to compromise and potentially restructure their rents for short-term relief, he said.

His firm has also helped some of its small business tenants secure funding through the federal Paycheck Protection Program, and Cogan and his team have been consuming national and regional research through webinars, calls and other tools from major real estate companies such as CBRE and Cushman & Wakefield.

Cogan said he is using the data to find out how other markets and companies are coping.

“You can see you’re not the only one, and it’s giving us ideas on ways to help our users,” he said.

From a micro level, Cogan believes Kentucky will recover, but he said some retail and hospitality users will not survive. Another question mark is how lenders will act in three or four months. Banks have been bogged down in small business PPP loans, and he said some existing borrowers will likely want to restructure their loans because of the financial hole they now find themselves in. .

But he said businesses will need help from their lenders because the economy will not turn back on overnight. People will not be jumping on planes in droves immediately, and he can’t envision this year’s Kentucky Derby as the stacked event it normally is in May.

He compared it to the gradual return from a major surgery that calls for rehab and other baby steps on the road to recovery.

“If you have back surgery, you don’t come out and run a marathon the next week,” he said.