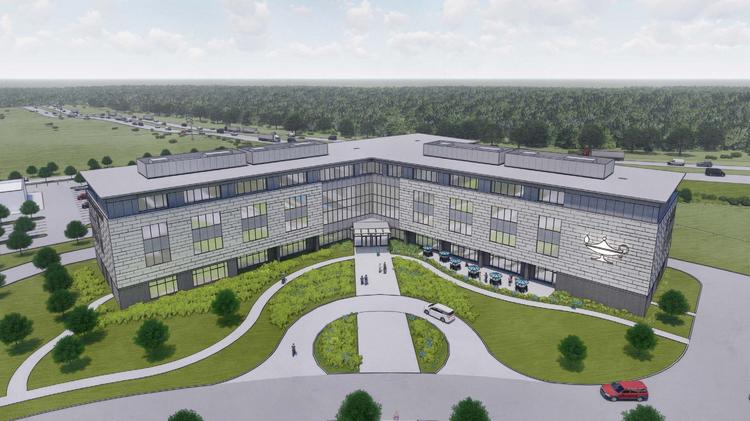 This article was written by Chris Larson and originally appeared in Louisville Business First on August 7, 2019

Louisville-based Galen College of Nursing will relocate its national headquarters to a new campus on Louisville’s East End.

The new headquarters and campus is slated for completion in the winter of 2020 and will be home to a 132,000-square-foot building on 11 acres of land owned and developed by Jefferson Development Group, according to a news release from the nonprofit private nursing school.

The project is part of a larger mixed-use development that JDG is planning on roughly 100 acres it previously acquired from the St. Joseph Catholic Orphan Society for almost $12 million. The site was originally slated to become a large golf driving range, similar to Topgolf.

JDG will retain ownership and management of the facility, the release states.

“We will have the area’s largest and most unique education facility dedicated solely to nursing,” Mark Vogt, CEO of Galen College, said in the release. “We have designed an advanced, one-of-a-kind new space to provide our students the tools they need to deliver excellent patient care and outcomes, advance nursing practice, and pursue their professional goals”

Galen College is housed in an office building at 1031 Zorn Ave. and has a satellite campus on River Road. Both will consolidate to the new campus.

Galen also has campuses in Hazard, Ky.; San Antonio, Texas; Tampa Bay and Cincinnati. It also offers courses online. Galen is accredited by the Southern Association of Colleges and Schools Commission on Colleges.

The building will be designed by Cincinnati-based Baxter Hodell Donnelly Preston Inc., which operates as BHDP Architecture. The firm helped design the new campus the school built in Florida that it originally opened in 2010.

Galen College graduates over 700 nursing students a year with a 96 percent licensure pass rate, according to the release. It also has an enrollment of roughly 2,000 students, according to Louisville Business First research.

The new campus will house interactive classrooms, clinical learning labs and a simulation hospital where students practice clinical and decision-making skills through varied real-life situational experiences without compromising patient well-being, the release states. It will also have a student resource center and library, private and group study rooms, and a variety of study spaces.

In March it was announced that Galen College is being acquired by Nashville, Tenn.-based health care behemoth HCA Healthcare (NYSE: HCA). That deal has not yet closed.