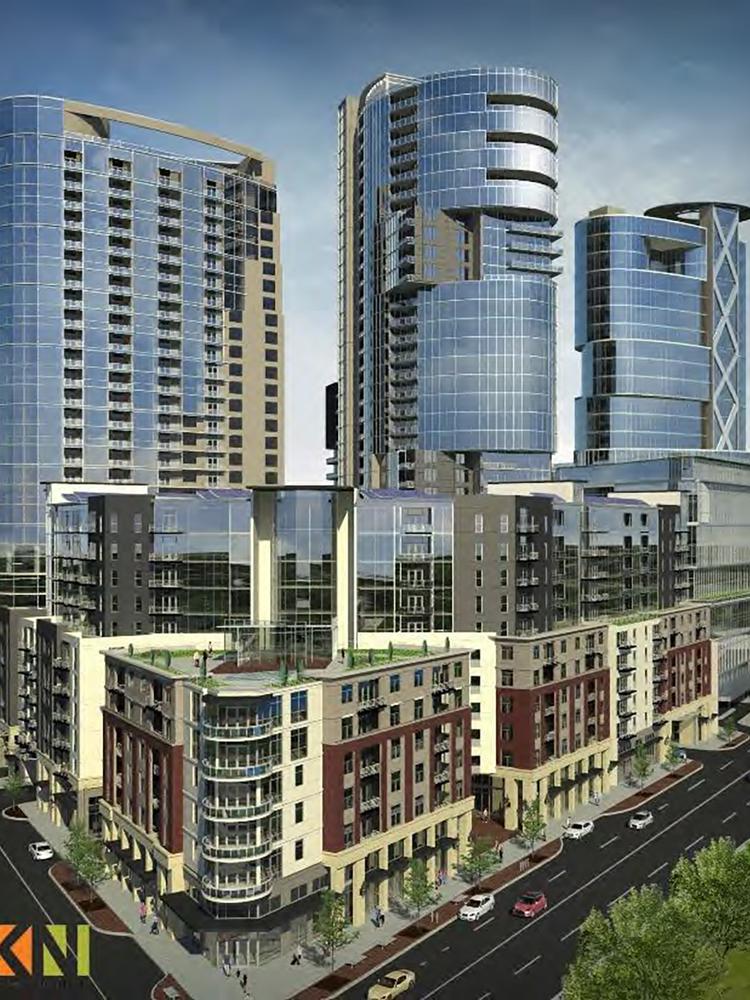 Jefferson Development Group Chairman and CEO Kevin Cogan said he has seen an infusion of support for his proposed One Park high-rise at Lexington Road and Grinstead Drive even as the business community has risen up in support of Topgolf at Oxmoor Center.

Cogan realizes the two projects are now linked in some people’s minds, and he said the local business community is slowly waking up to the reality that it must speak out and show up for large projects that some deem controversial.

Part of that movement, he said, is being led by young professionals and millennials who realize they must engage city officials and the public when they want a development to happen.

Louisville needs more of those voices if it hopes to compete with its peer cities in neighboring states that are having more success in attracting young talent, he said.

In particular, he wants to see a more widespread progressive mindset that embraces large projects that can make Louisville more attractive, not only to young talent but seasoned executives and companies looking to relocate.

Site selectors notice the little things, he argued, and they pay attention to negative headlines about backlash against Topgolf and his own Willow Grande, a Cherokee Triangle condo development that languished in court battles for years. Cogan earlier this month received the final legal victory needed to move forward on construction.

One Park is another controversial project. Cogan believes the mixed-use complex could make Louisville more attractive to young workers and large companies.

Estimated to cost between $450 million and $500 million, the One Park plans call for as many as 581 apartments and condos, a hotel with 299 rooms, more than 60,000 square feet of office space and about 41,000 square feet of restaurant and retail space, including potential grocery and convention space. These uses would be contained in several buildings — the tallest being 34 stories — connected together at one base.

Local support for the massive project has been building gradually in the business community, and Cogan recently revealed some of his high-powered investors, including former NBA star and Louisville business magnate Junior Bridgeman and local physician Dr. Mushtaque Juneja.

Louisville land-use attorney Bill Bardenwerper has billed One Park’s approval and construction as a litmus test for Louisville’s willingness to take the next step in business development.

If One Park fails to happen, Bardenwerper said recently, “large developers are just going to say Louisville isn’t in that league that wants to do great things, big things.”

Cogan’s team has been hosting design meetings on One Park in the last two years, and the indication from those is that a serious fight is brewing. Cogan hopes that when that comes, supporters will be there to counter those who don’t want large development.

He said he’s had discussions with Bridgeman about Louisville’s growth in the last decade and the need to become more aggressive in its recruitment approach by looking at the long game in a more collective manner.

Greater Louisville Inc., the metro chamber of commerce, is allocating millions toward talent-attraction efforts, but Cogan said he wants to see Louisville take more calculated recruitment risks as he looks to get One Park through the planning stages.

For example, he believes Louisville should aggressively pursue the recruitment of the United Parcel Service Inc. (NYSE: UPS) headquarters from Atlanta to Louisville, noting the company’s 21,000 full-time-equivalent employees locally.

“If the rest of their body is located in Louisville, why can’t we have the head and the genius, the brain, in Louisville?” Cogan said of UPS.

He also believes Louisville should seek out large Fortune 500 companies in other cities and encourage them to bring divisions, such as research and development, to Louisville.

Some big wins in this vein, he said, would help alter the perception that Louisville is a great town to visit but not the best choice to put down roots.

The outside perception of Louisville is: “Everyone treated us very nice in Louisville, it’s fun, but there’s not progression,” Cogan said. “There’s more excitement in this community or that community. I tend to believe that’s what we need to keep our eyes on.”