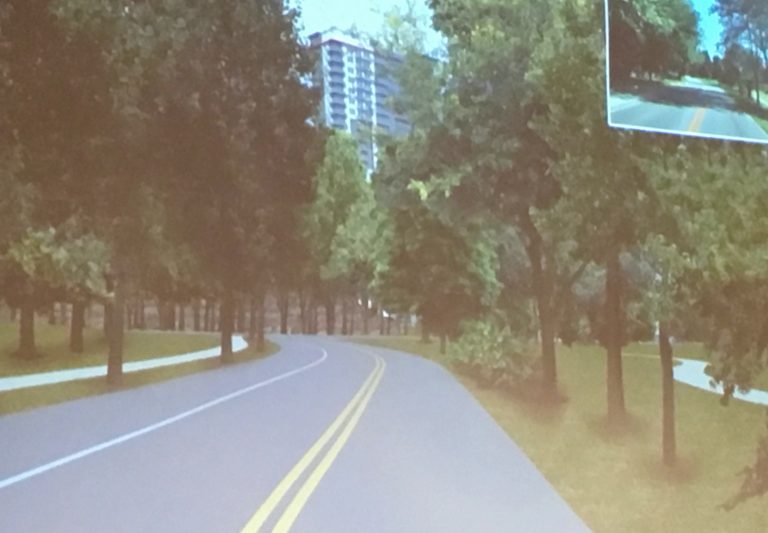 This article was written by Caitlin Bowling and originally appeared in Insider Louisville.

There was no love lost between attorney Bill Bardenwerper and residents from the Cherokee Triangle, Crescent Hill and Irish Hill neighborhoods as he stood for the fourth time in front of them to hear comments and address concerns about developer Kevin Cogan’s mixed-use development at the intersection of Grinstead Drive and Lexington Road.

The project, as proposed currently, would include a 2,300-space parking garage, a 28-story hotel, a 29-story apartment building and 34-story office building, the latter of which also would include condominiums on at least the top floor. The development would cost more than $200 million and take years to build.

Of the roughly 60 people in attendance, many repeated the complaints they had three months ago: The buildings are too high. There is too much density. The development will make the traffic nightmare at the Grinstead Drive and Lexington Road intersection worse. Why does the area need a hotel, particularly one so tall? We don’t want more residential units.

The crowd murmured as project architect Rob Donhoff of Tucker Booker Donhoff + Partners showed stripped-down versions of the development’s layout, and people questioned the accuracy of renderings used to illustrate that the high rises would not impede on people’s viewshed.

“Is that not hideous,” one woman muttered.

Judith Hollis-Jones, a former vice president at Yum Brands and Wendy’s, said the increased traffic and project density were of the utmost concerns for her.

“I think you will ruin our property values,” she said.

One woman encouraged her fellow residents to write city planning officials and members of the Board of Zoning Adjustment to make their feelings known. She even mentioned filing a lawsuit should it come to that.

One of Cogan’s other developments just down the road has been tangled up in two lawsuits since 2012.

Irish Hill Neighborhood Association member Lisa Dettlinger said she’d like to see an element of affordable housing in the apartment buildings, and she’d also like the retail spaces to be rented at a rate that is affordable for local businesses.

High rents is “a real issue for our local businesses,”Dettlinger said.

The apartments likely would include some workforce housing, replied Bardenwerper, because Louisville Metro Council has been pushing developers to do so if they hope to receive development incentives from the city, but it would not include affordable housing. Workforce housing is aimed at people who make 80 percent of the average median income.

He added that the retail spaces will be listed at market rates for the area but noted that Cogan wants local businesses including the restaurant Le Moo and Nu-Yale Cleaners, which already operate on the property, to be part of the final development.

A few people asked why Cogan is moving forward with the project if residents don’t want it. Bardenwerper noted that Cogan could keep the property as the eyesore it is now, or he could build eight-story buildings and put whatever he wanted in them, which would be allowed under the current C-2 zoning. As long as they were eight-stories or less, Cogan wouldn’t have to get resident input at all, he said.

“The decisions aren’t made by you all, but we are interested in your input,” Bardenwerper said. “His view is, I think, this (property) deserves something more.”

After hearing many of the complaints, one man asked Bardenwerper how many of the people in the room he thought would eat at the restaurants and visit the shops should the development come to pass.

“My hypothesis is a lot of people in this room would go there,” the man stated.

Bardenwerper prefaced his response by saying that any answer he gave would have people in attendance “hooting and hollering and rolling their eyes.”

“If this ever comes to pass, everybody here is going to be eating there,” he added. “Some of you will live there.”