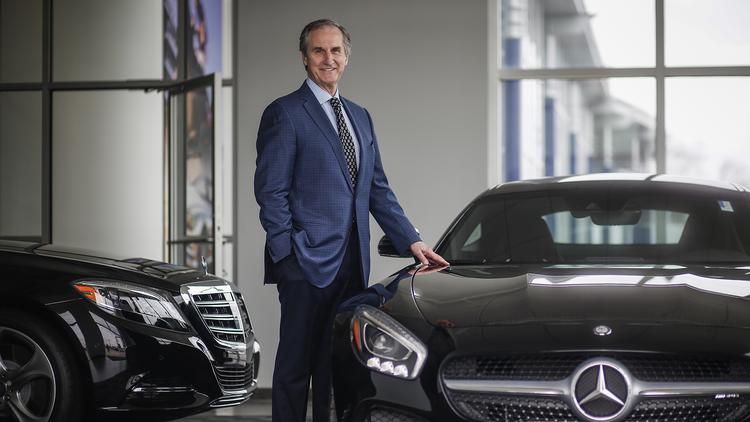 A company managed by the owner of Tafel Motors Inc. is expanding his property holdings in east Louisville and might bring an auto dealership to the site.

John Hoagland, managing partner of Hoagland Commercial Realtors, and Woodford Hoagland, a sales and leasing specialist with the firm, brokered the land transaction, according to a news release from the real estate firm.

John Hoagland told Louisville Business First in an email that DLP Real Estate plans a significant development at the site. He said the plans are spurred by the nearing completion of the East End bridge, which Hoagland said will bring an additional 80,000 cars per day past the site, giving it strong interstate exposure.

Peterson could not immediately be reached for comment, but he released a statement through Hoagland Monday afternoon.

“Mr. Peterson is very excited about the explosive development opportunities that are occurring in and around the Old Henry and Gene Snyder corridor. … DLP has a contract on an additional 6.3 acres, which is anticipated to close around the first of the year,” Hoagland said in the e-mail.

“Mr. Peterson is pleased to have the expansion opportunities for his growing automotive portfolio.”

The property is in an area that is seeing increased commercial real estate activity. ARGI Financial Group LLC moved into an expanded headquarters nearby last year, and DLP Real Estate’s site is across Terra Crossing from the Jewish Hospital Medical Center Northeast.

Hoagland added that retail space could be available at the site, but the specific plans for the location are not yet finalized. He said he expects the development to make a splash in the Louisville area.

In addition to the East End bridge, Peterson was spurred by Cogan’s recent announcement that he would develop a 107-acre site he has under contract to purchase nearby at 13508 Factory Lane, off Old Henry Road, Hoagland said. That property currently is owned by the St. Joseph Catholic Orphanage Society

Cogan’s plan calls for nearly 1,800 apartments in multiple buildings on numerous lots. The development also would have a four-story, 160,000-square-foot office building, a two-story health club, a “retail and vehicle sales facility” and a senior-living facility with 203 units.