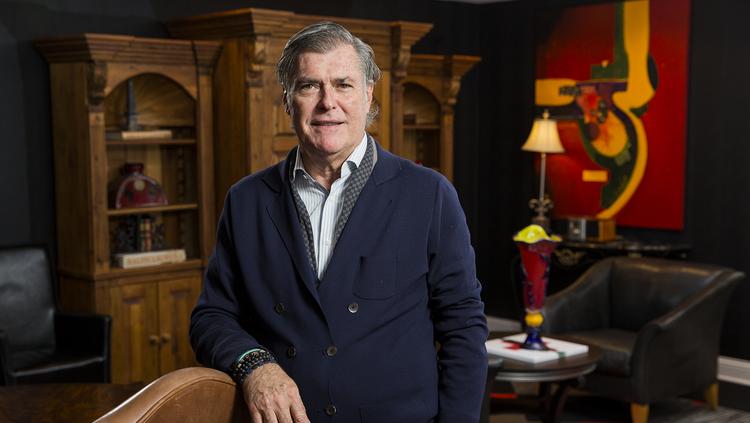 Every week for the last several years, Louisville developer Kevin Cogan was met with the same questions when it came to his long-delayed Willow Grande high-rise development.

Why keep going on the Cherokee Triangle condominium project? Why not cut your losses and move on?

Chatting inside one of his Highlands properties Tuesday morning, Cogan admitted that perseverance was not easy when the delays mounted, the costs piled up and community input devolved into — in his words — extremism.

“The last 10 years cost a fortune, and it was painful,” he said. “It can become demoralizing.”

But Cogan, chairman and CEO of Jefferson Development Group, said he refused to succumb to negative emotions, and he does not give up easily when he believes in something.

Propelled by his “love and passion” for Louisville and his belief that the city must build more mid-rise and high-rise urban condo housing to compete for new businesses and attract high-end executives, he stayed the course on the 15-story Willow Grande.

His patience was rewarded recently when the Kentucky Supreme Court denied the Cherokee Triangle Association’s appeal to review the long-running case over the development, which the association fought for years through the planning and zoning process and then through litigation. The denial exhausted the group’s legal options.

Last year, the Kentucky Court of Appeals ruled in favor of the development, upholding a decision by Jefferson Circuit Court to allow the construction of the Willow Grande complex, with 24 upscale condos, at Baringer and Willow avenues.

Originally, the Louisville Metro Council approved a zoning map amendment in favor of the complex, which the Cherokee Triangle Association and other area property owners challenged with a lawsuit.

Because of the legal delays, Cogan said, he will spend the next few months recalculating the construction costs and unit pricing as those have changed since the original numbers were set. He then will present final drawings and unit pricing to those who expressed interest in buying a condo years ago, several of whom are still interested.

His hope is to pre-sell 10 to 12 units ahead of an anticipated spring 2019 start. Construction would take about 18 months, and he has been working with Louisville firm Joseph & Joseph Architects on the design. A general contractor has not been chosen.

While Cogan is evaluating final costs and unit pricing, he envisions units hitting the market at $1.5 million to $4 million. He sees the condos appealing to affluent empty nesters and those looking for sweeping views, more security and less work.

Opponents have argued that Willow Grande is too large and dense for the neighborhood, but Cogan and his attorneys countered that Willow Grande is similar in size to other high-rises in the Highlands, including luxury condominium developments The Commodore and 1400 Willow. All of those complexes have been there for decades and have become community landmarks, he said.

In fact, he believes some of those same people who opposed the construction of Willow Grande would publicly protest if he or another developer brought forth a proposition to remove one of those high-rises.

“I would have 1,500 people fighting me” if he tried to take away one of those high-rises and preserve it elsewhere.

Yet some feel that adding a similar high-rise will destroy the neighborhood and degrade property values, he said. Cogan believes the opposite, saying Willow Grande has the potential to unlock the full value of nearby homes as they change hands in the future.

Cogan also believes that Louisville must look decades into the future and decide how it wants to grow and attract new talent, noting that Willow Grande is the type of upscale housing that executives are used to seeing in other metropolitan areas.

“This product is all over Nashville,” he said. “It’s all over Houston.”

Some areas of Louisville have long been resistant to height and density in new development, as evidenced by the recent tooth-and-nail battle over Topgolf’s plan to replace a Sears store at Oxmoor Center. One key concern there has been the height of the development.

Cogan has learned from experience that proposals offering a change from the norm are not welcomed by some Louisville residents. But he believes there are more who want to see growth, and they can make a difference if they participate and speak out.

He admits those voices could have been beneficial early on in the fight over Willow Grande. Regardless, the end game is now in sight.

“I am glad that we held firm on this and stayed true to our cause,” he said.