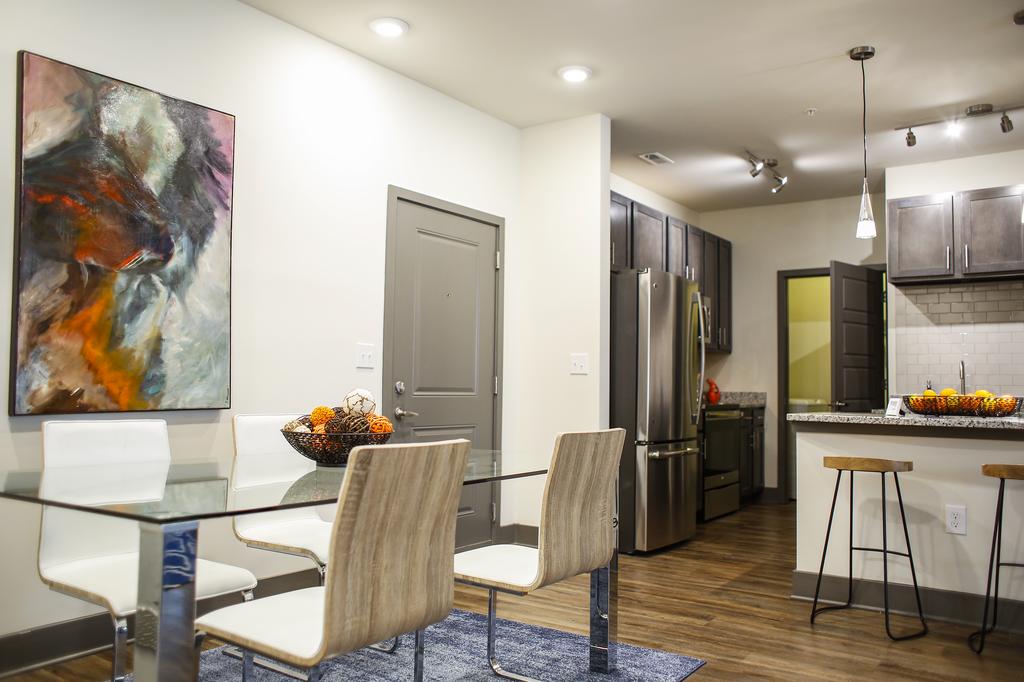 A new luxury apartment complex off Hurstbourne Parkway is now leasing units, and construction should be wrapped up by April.

The 159-unit The Vinings of Hurstbourne has made its debut, and property managers invited Louisville Business First into the 156,478-square-foot complex last week. The apartment complex is spread across three four-story buildings at 9500 Williamsburg Plaza, near the Williamsburg Office Park just south of Shelbyville Road.

The Vinings was developed by Louisville-based Jefferson Development Group as a joint venture with Murfreesboro, Tenn.-based TDK Construction, which also was the general contractor for the project.

Jefferson Development Group, which is led by local developer Kevin Cogan, previously worked with TDK on the development of the Claiborne Crossing apartment complex in Louisville. RAM Partners LLC is the property management company for the Vinings.

Cogan previously put the capital construction costs for the Vinings of Hurstbourne at about $26 million.

The complex has one-, two- and three-bedroom units that are equipped with GE-branded washers and dryers, nine-foot ceilings, stainless steel appliances, kitchen islands with granite countertops, maple cabinetry, subway tile back splashes and deep sinks.

Some units have balconies, and those without balconies are equipped with extra square footage, said property manager Karen McClure.

The Vinings offers multiple floor plans. Units start at about $990 for a 598-square-foot, one-bedroom unit and go up to $2,080 per month for a three-bedroom unit with about 1,500 square feet.

The complex has a resort-style pool with cabanas and an outdoor kitchen and entertainment area. It also has access to walking and biking trails.

Each of the three buildings is equipped with a central elevator. The clubhouse, meanwhile, has been designed as an upscale amenity area with a pool table, flat-screen televisions, coffee bar, clubroom with an entertainment bar, resident meeting spaces and a gas fireplace.

The complex also has a fitness center and aerobic area where residents can engage in digital aerobics classes 24 hours a day through Wellbeats, a virtual fitness class application.

McClure said the clubhouse often is used to host happy hours for residents.

As of last week, McClure said, the Vinings of Hurstbourne had signed around 30 tenants, who are starting to move in. You can see the complex for yourself in photographer William Deshazer’s slideshow above.